A meta-analysis of 52 epidemiological studies, involving a total of 21488 women with ovarian cancer, almost all from North America, Europe and Australia, was published in The Lancet on 13 February 2015 (see About the study). The findings from the study suggest that taking hormone replacement therapy (HRT) for the menopause, even for just a few years, is associated with an increased risk of developing ovarian cancer. 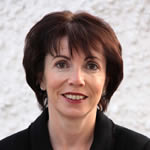 "This recent meta-analysis from the Collaborative Group raises the possibility of an increased risk of ovarian cancer with use of estrogen or combined estrogen-progestogen therapy.

The data is heavily influenced by the Million Women Study which is widely acknowledged to have significant flaws. There has been no correction for the BMI of the women, their previous use of the contraceptive pill or age at menopause.

In the days since the study was released examination of the relative and absolute risk calculations have shown them to be incorrect. The revised absolute risk increase appears to now sit at just under 1 extra case per 10,000 women per year; somewhat less than the study initially suggested.

Ovarian cancer is a rare condition but all the risks and benefits of hormone therapy need to be carefully considered when treating women at menopause.

Women should not stop hormone therapy based on this study but if they are concerned they should discuss the findings with their doctor."

...Prof Rod Baber, President of the International Menopause Society, said via the Science Media Centre that: “… this risk in absolute terms then comes down to one excess case of ovarian cancer per 2,000 users after five years of use means that for women using HRT this risk is very very low in absolute terms.”

As much of the UK media pointed out, while the risk increase found here is worth noting and investigating further, women should not stop taking HRT without consulting their doctor. What often gets lost in the mix when the media discuss HRT is that it brings very real benefits to the quality of life, which should not be discounted. Most experts agree that if HRT is used on a short-term basis (no more than five years), the benefits usually outweigh the risks... 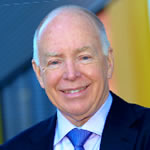 “This meta-analysis of 52 epidemiological studies has reported an increased risk of ovarian cancer with use of HRT.

This topic has been a contentious issue for some years with a majority of observational studies failing to show an increased risk of ovarian cancer with HRT use whilst two large studies from the UK and Denmark did find an increase.

It is important to note that the largest Randomised trial of HRT in post menopausal women, The Women’s Health Initiative, did not find any increase in risk of ovarian cancer for users of oestrogen or oestrogen plus progestogen therapy after more than 5 years use.

This meta-analysis does not suggest that HRT causes ovarian cancer but does find an association between HRT use and increased risk of two specific types of epithelial ovarian cancer, serous and endometroid.

It also finds a reduced risk of mucinous ovarian cancer with HRT use. There is no correlation with dose of HRT, although this is, on average, probably higher than that used today, nor is there any distinction between oral and non-oral administration or between sequential and continuous progestogen use.

The prospective data in this meta-analysis is heavily influenced by two studies, MWS and DahoRS. The author’s state they were not allowed access to individual data in DaHoRS due to Danish privacy laws. We also know DaHoRS did not correct for prior HRT use or weight amongst other co variables.

Therefore, this study looks at a heterogeneous study population, with, in some cases, incomplete data and tries to attribute cause and effect between HRT use and a heterogeneous group of ovarian cancers of which two types out of four purportedly showed an increased risk.

That this risk in absolute terms then comes down to one excess case of ovarian cancer per 1000 users after 5 years (or less according to my own calculations) means that for women using HRT this risk is very very low in absolute terms and may be beyond the capacity of a meta-analysis of observational studies to accurately predict.

A study published today (13 February) in The Lancet looks at short-term use of hormone replacement therapy (HRT) and the possible increased risk of ovarian cancer.

The findings from a meta-analysis of 52 epidemiological studies, involving a total of 21488 women with ovarian cancer, almost all from North America, Europe and Australia, suggest that taking HRT for the menopause, even for just a few years, is associated with an increased risk of developing the two most common types of ovarian cancer.

“The RCOG welcomes the further information that this study provides. However, there are concerns about the effect that this isolated information will have on women.

“This study does not provide evidence that HRT is the cause of ovarian cancer. Millions of women are currently taking or are considering HRT, to treat significant menopausal symptoms that cause serious distress to their quality of life, will be confused or anxious by this information.

“HRT, like any medication or treatment, has risks and benefits. The very small risk that this study highlights must be put in context - in that for 1,000 women who use HRT for 5 years from around the age of 50, there will only be one extra case of ovarian cancer.

“Women should consider this factor in determining whether to continue to take HRT and balance it against the proven benefits in managing their individual symptoms. For the majority, this will mean that they will continue with treatment."

“While ovarian cancer is a serious disease, this study does not prove causation, particularly when it is stated that the incidence of ovarian cancer decreases with time after stopping HRT.

“Additionally, the data are observational with significant risk of bias from other contributing risk factors. It is important to emphasise that the absolute risk is extremely small.

“Women who are currently taking HRT should not be concerned by this report. HRT is the most effective treatment for symptoms of the menopause and when HRT is individually tailored, it provides more benefits than risks for the majority of women under the age of 60, and for many beyond that age.”

The study was published in the peer-reviewed medical journal The Lancet on an open-access basis, so is free to read online or download as a PDF.