Do what makes your heart healthy

Menopause is the stage in your life when your periods stop permanently, signaling the end of your reproductive years. It happens when there are no more eggs in your ovaries. Because eggs stimulate your body to produce oestrogen, the levels of estrogen in the blood drop, resulting in menopausal changes in the body when they are exhausted.

As a result of the hormonal changes surrounding menopause, many women experience both physical and emotional symptoms:

What comes to mind – menopause and the aging brain? 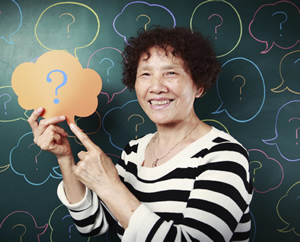 This comprehensive booklet offers positive advice on preventative strategies to prevent cognitive decline. It explains the difference between cognitive decline and dementia, how to prevent memory loss in midlife and highlights the top 10 tips for women to improve brain health and function.

What comes to mind – menopause and the aging brain?810.25 KB

Prevention is key to reducing memory loss as women age

What happens during the menopause?

All women go through the menopause. When a woman's menstrual periods stop, her ovaries stop producing eggs and her oestrogen levels decline.

51 years is the average age for a woman to reach the menopause and the entire process can last anywhere from 2-10 years. [1]

Menopause Monologues was an information resource kit for women.  Stocks have now been depleted and copies are no longer available.

For comprehensive resources go to Menopause Management for Information Sheets and Videos to support women through midlife health and the menopause.

This information is organised into the following management categories for ease of reference:

The menopause transition - out of our comfort zone

When Jean Kittson hit menopause, she was amazed at what she didn't know. Given that 1.5 million Australian women are menopausal at any one time, why, she wondered, was menopause so little discussed and then only in hushed tones?

So Jean set out to write the sort of book she felt she needed to read: 'An easy-to-read book full of useful information that didn't make you want to put on an old chenille dressing-gown and a pair of comfortable slippers and throw yourself under a marching band.'

You're Still Hot to Me is a chatty - sometimes robust - conversation between women and with some of Australia's top experts.

Professor Martha Hickey is Professor of Obstetrics and Gynaecology at the University of Melbourne and Adjunct Professor of OBGYN at Yale University, CT. In her clinical practice she runs the menopause services at The Women's Hospital, Melbourne. She initially trained as a Clinical Psychologist in the UK and then qualified in medicine in 1990 from the University of Bristol. She completed her specialist training in Obstetrics and Gynecology in 2000 at Imperial College School of Medicine, London. She then moved permanently to Australia.

Professor Hickey is an experienced clinician researcher in gynaecology. Her main areas of interest are abnormal uterine bleeding and menopause. In the field of menopause she runs a large clinical service, offering unique multidisciplinary care for women with menopausal symptoms following a cancer diagnosis. She has clinical and research interests in the development of non-hormonal treatments for menopausal symptoms and in the mechanisms of abnormal bleeding in women using sex steroids for contraception or HRT.